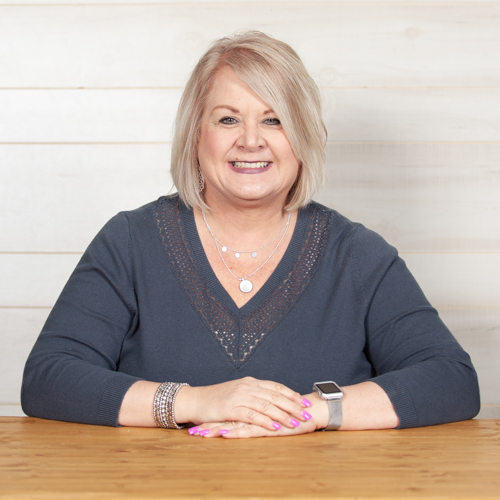 Don’t you realize that in a race everyone runs, but only one person gets the prize? So run to win! All athletes are disciplined in their training. They do it to win a prize that will fade away, but we do it for an eternal prize. - 1 Corinthians 10:24-25 (NLT)

Do you have a specific moment in your life when you realized what hard work actually is?

Everyone grows up doing schoolwork, chores, and facing challenges, but if you’re anything like me, there’s a specific moment you can remember when you realized that it takes HARD work to reach your goals. For me, it was bent over with my hands on my knees in the middle of our high school practice field, puking my guts out. Yeah, I know that’s exactly how you wanted to start your Monday! You’re welcome. It was my first day getting to work out with the high school basketball team, and I really wanted to show my coach that I was a hard worker. As an incoming freshman, I wanted to hang with the big boys—the seniors. Kyle Rice had already kicked my tail on the bench press, but I knew I could stick with him during the conditioning portion of our practice. I was wrong. Five sprints later, the chicken sandwiches that I’d had from the school cafeteria came flying out. It was a rough day to say the least.

What’s your goal with your work? My goal used to be to win for personal gain and for the thrill of success. Now, I win when God gets the glory! There is profound freedom in winning even when I “lose.” This isn’t an excuse for losing; rather, it is motivation for me to give my very best so God is glorified in everything I do. If I know I’ve left it all out on the field and know I’ve worked for God’s glory, I can live in freedom knowing that I’ve done what I’m called to do.

All of my work now has a profound purpose: to glorify God.

Spend a few moments reflecting on these three questions: Why do you work? (Take an inventory of the superficial reasons, too.) What motivates you to work hard? How can you glorify God in your daily work?

Pay careful attention to your own work, for then you will get the satisfaction of a job well done, and you won’t need to compare yourself to anyone else. - Galatians 6:4 (NLT)

Do you feel like you have to keep up with the Jones’? The immediate reaction for most of us is “No!”—but let me ask you another question.

Would you be more joyful if you didn’t compare yourself to others? I know I would have more joy in my life if I would stop comparing myself to others. That is a fact. I’m a pastor. Maybe you’re a coach, teacher, housekeeper, banker, doctor, full-time parent, pastor, or nanny. I don’t know what you spend 40+ hours a week doing, but I know our jobs can easily and quickly lead us down a path to idolatry. Before we know it, we are simply working to make more money and give off the appearance that we are climbing up the ladder of life.

With our work (and particularly our wealth), we can get caught up in the rat race, trying to “win” some unattainable prize. This trivial pursuit promises us joy, peace, and happiness if we can just get that one promotion or make that certain yearly salary. Maybe you’ve felt this tension for years, but you don’t know what to do next. If you’re a business leader, maybe it’s time to join a 210 Leaders group with some of the best business leaders I know. For some of you, it might be time to sell the house or the car that has become your idol and a piece of your identity. For others of you, it might even be a small step of choosing to give a little of your money, time, and energy this week to someone you know who needs it.

When I was in college, one of my professors said, “We spend our time doing what we value most.” Allow me to close with this simple reminder that Paul teaches us in Galatians: If you pay attention to your own work and do it to the best of your ability, you won’t need to compare yourself or your work to anyone else.

One of Satan’s greatest attacks against us is to rob our joy through comparison with others. Spend some time in prayer asking God to allow you to focus on your work and being grateful for all God has already blessed you with.

So let’s not get tired of doing what is good. At just the right time we will reap a harvest of blessing if we don’t give up. - Galatians 6:9 (NLT)

The late Jim Valvano coached the 1983 North Carolina State Wolfpack team that beat Hakeem “the Dream” Olajuwon and Phi Slama Jama (the nickname given to the high-flying Houston Cougars basketball team) to win the NCAA national championship. The Wolfpack won in dramatic fashion with a last-second dunk by Lorenzo Charles. Jimmy V went on to be one of the most beloved college basketball coaches of all time because of a speech he gave at the 1993 ESPY Awards.

As his body was ridden with cancer, he miraculously stood up and challenged the audience to live with passion because our days are numbered. We only get so long here on Earth. “If you laugh, you think, and you cry, that’s a full day—that’s one heck of a day,” he said. He jokingly continued on about the person behind the teleprompter saying, “That screen up there is flashing 30 seconds. Like I care about that screen right now, huh? I got tumors all over my body, and I'm worried about some guy in the back going '30 seconds?’” Within a matter of moments, Jim Valvano’s words had moved the audience to laugh, think, and cry.

His foundation’s motto comes from these famous words he also spoke during that speech: “Don’t give up. Don’t ever give up.” Those words are now heard every year when the NCAA celebrates Jimmy V Week in honor of this incredible man and coach. He passed a mere 58 days following that speech. The first time I listened to this speech, I was ready to run through a brick wall. It was a profound moment for me to hear those words. For the past year, I’ve had those words written on my whiteboard with Galatians 6:9 underneath it.

In Galatians 6, Paul teaches us that we harvest what we plant. For me, I’m newly married and trying to sow into my marriage. I don’t know where you need to apply Paul and Jimmy V’s message in your life today, but my guess is you might need to hear these words today: Don’t give up. Don’t ever give up!

What do you need to continue fighting for? Whatever your answer is, ask God to help you begin or continue fighting for it (e.g., emotional wholeness, a stronger marriage, freedom from addiction, a closer relationship with Jesus, etc.) Take 10 minutes and watch Jim Valvano’s 1993 “Don’t Give Up” ESPYS speech.

"All right, you may test him," the Lord said to Satan. "Do whatever you want with everything he possesses, but don’t harm him physically." So Satan left the Lord’s presence. - Job 1:12 (NLT)

I can’t wait to meet Job in Heaven. If you know the story of Job, you know the story of a faithful man. God allowed Satan to test Job because God knew that Job was a man of unwavering faith. Job was the richest man in all the land of Uz, a region located towards the upper piece of the Sinai Peninsula and below the southeast piece of the Dead Sea in Israel. A now arid, dry region was once home to incredible farms like Job’s—and Job had it all.

The story of Job begins with Satan, the Accuser, seeking to lure a faithful man away from God by stripping away everything of value. As Satan begins his attack, a messenger comes to tell Job that a group of raiders had come and stolen all of his donkeys and oxen and killed all of his farmhands. A second messenger tells Job that a fire had burned up all of his sheep and shepherds. A third messenger informs Job that all of his camels had been stolen and every servant killed. Tragically, a fourth messenger relays the most devastating news: All seven of his sons and three daughters had been killed by something like a tornado.

Have you ever read the story or seen the movie Alexander and the Terrible, Horrible, No Good, Very Bad Day? Unlike our friend Alexander, Job really lived out the worst day humanly possible. He lost everything, yet he remained faithful. Job was not defined by what he had. Job was defined by who he was—a beloved child of the Most High King.

If God were to strip away all of your money and earthly possessions, would you lose your identity? Money, status, and position have a way of becoming our god. Maybe that’s why the Bible teaches us that money is the root of all evil. Job was secure in God. Job needed nothing more than all the good gifts God had already given him. I want to be like Job.

Spend time in prayer and reflection on these questions: Is money an idol in your life? Do you honor God with your giving? Do you have any possessions you need to get rid of to better serve the Kingdom?

For the word of God is alive and powerful. It is sharper than the sharpest two-edged sword, cutting between soul and spirit, between joints and marrow. It exposes our innermost thoughts and desires. - Hebrews 4:12 (NLT)

I bought a really “nice” couch about two years ago. For my budget, this couch was pretty expensive, so it goes without saying that I was infuriated when it broke eight months ago. Fortunately, I bought the warranty. Unfortunately, the warranty only works on this company’s terms and at their pace. Have you ever experienced something like this? I’ve been struggling mightily to get this couch replaced for every bit of the last eight months. My friends and family are now in a habit of asking me, “Any word on the new couch yet?” The delivery date finally rolls around. YES! But after I had called and confirmed with the company twice, I was let down once more. I was told it would be at least one more month before they had the third piece of the sectional ready. I only wish you could feel the frustration with which I am typing.

Throughout this process, however, God has revealed to me the innermost desires of my mind and heart. I can easily become materialistic and lose sight of what matters most to Jesus.

It was in the year 258 AD that Valerian was the Roman Emperor. He asked Saint Lawrence to bring him all the wealth of his church. Saint Lawrence had amassed all kinds of gold and possessions, but he decided to give it all away to those in need. Valerian was infuriated when he found out Saint Lawrence had given everything away, so Valerian sent him off again to bring back the great treasures of the church, or else he would have him beheaded.

Write down tangible steps to pursuing whatever it is that God is calling you to. Meditate on Hebrews 4:12, above, and see what God stirs up in your heart.